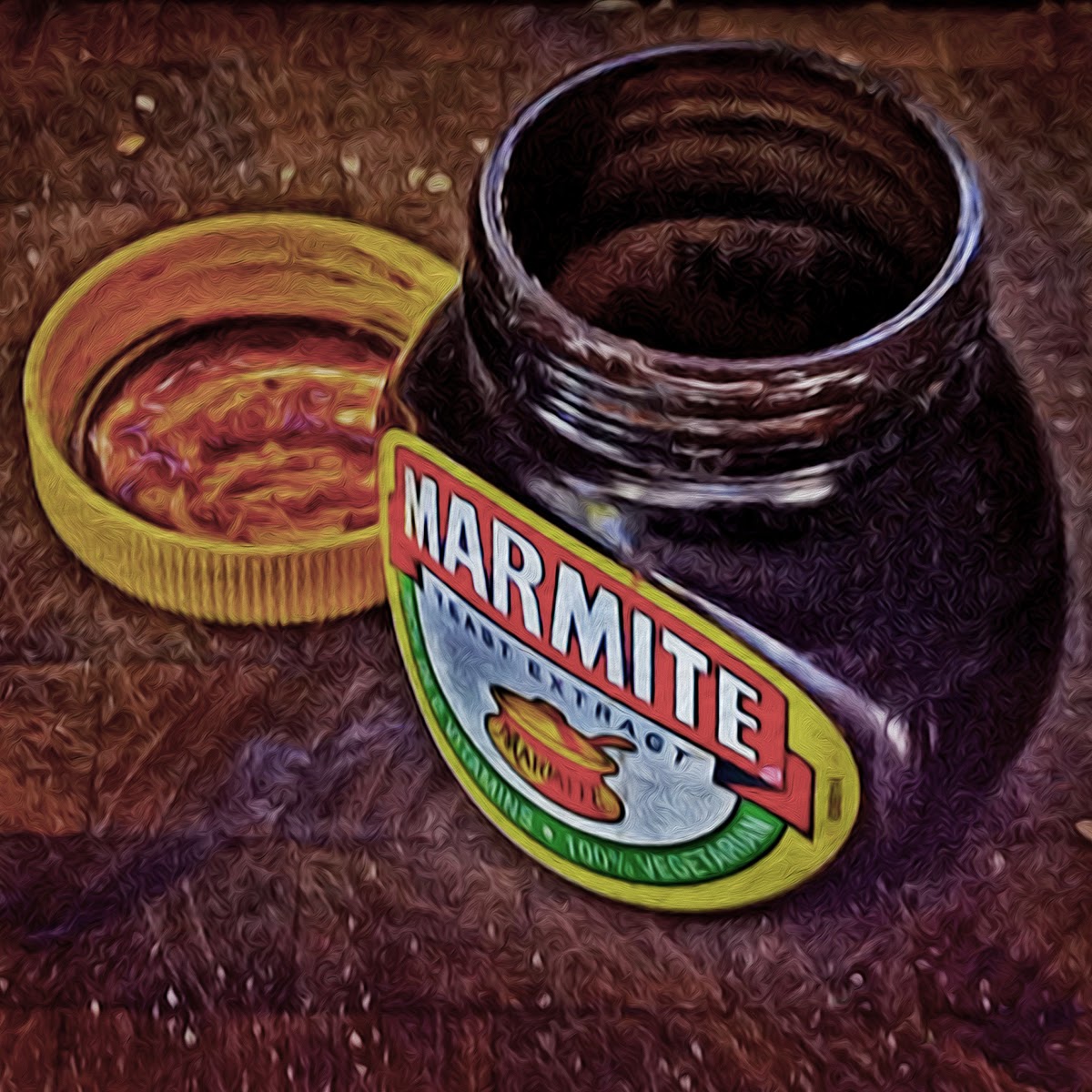 Oh I can't paint in oil but the odd, never used filter in photoshop allows me to smear.. just as I smear the viscous yeasty substance known as Marmite on my toast.

This mornings gooey spread found its way into a Revelation, a stroke of epicurean genius.  1 egg..fried over-med, 1/2 teaspoon Marmite, 1 teaspoon Mango Chutney, 1 teaspoon butter, then slice of mature cheddar cheese..melted over egg and 2 slices of dense country white bread..toasted with butter and marmite on one, chutney on other.  What a beautiful small egg sandwich.  Marmite, a little dab will do ya. 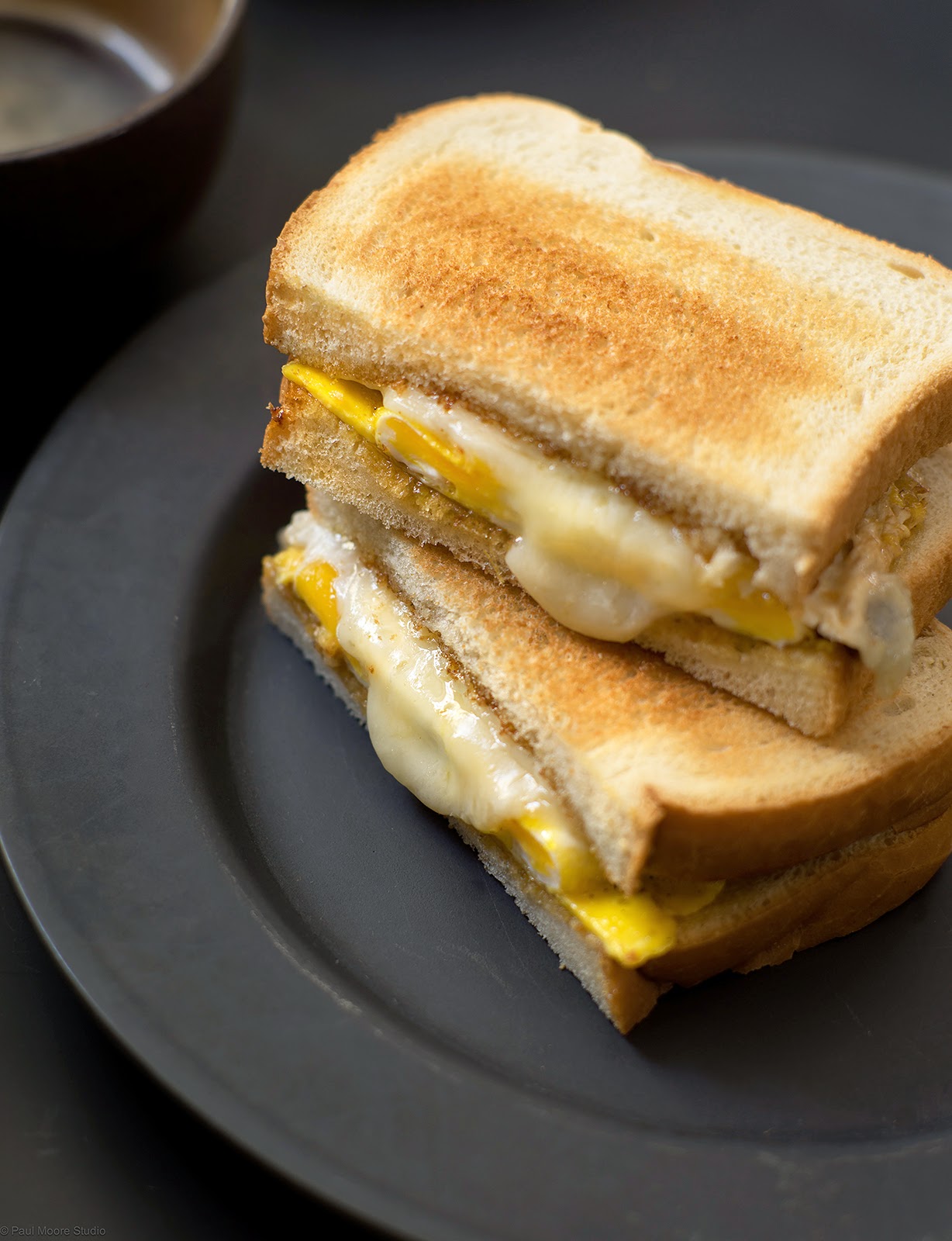 Posted by Mahascout / Paul Moore at 7:12 AM No comments: 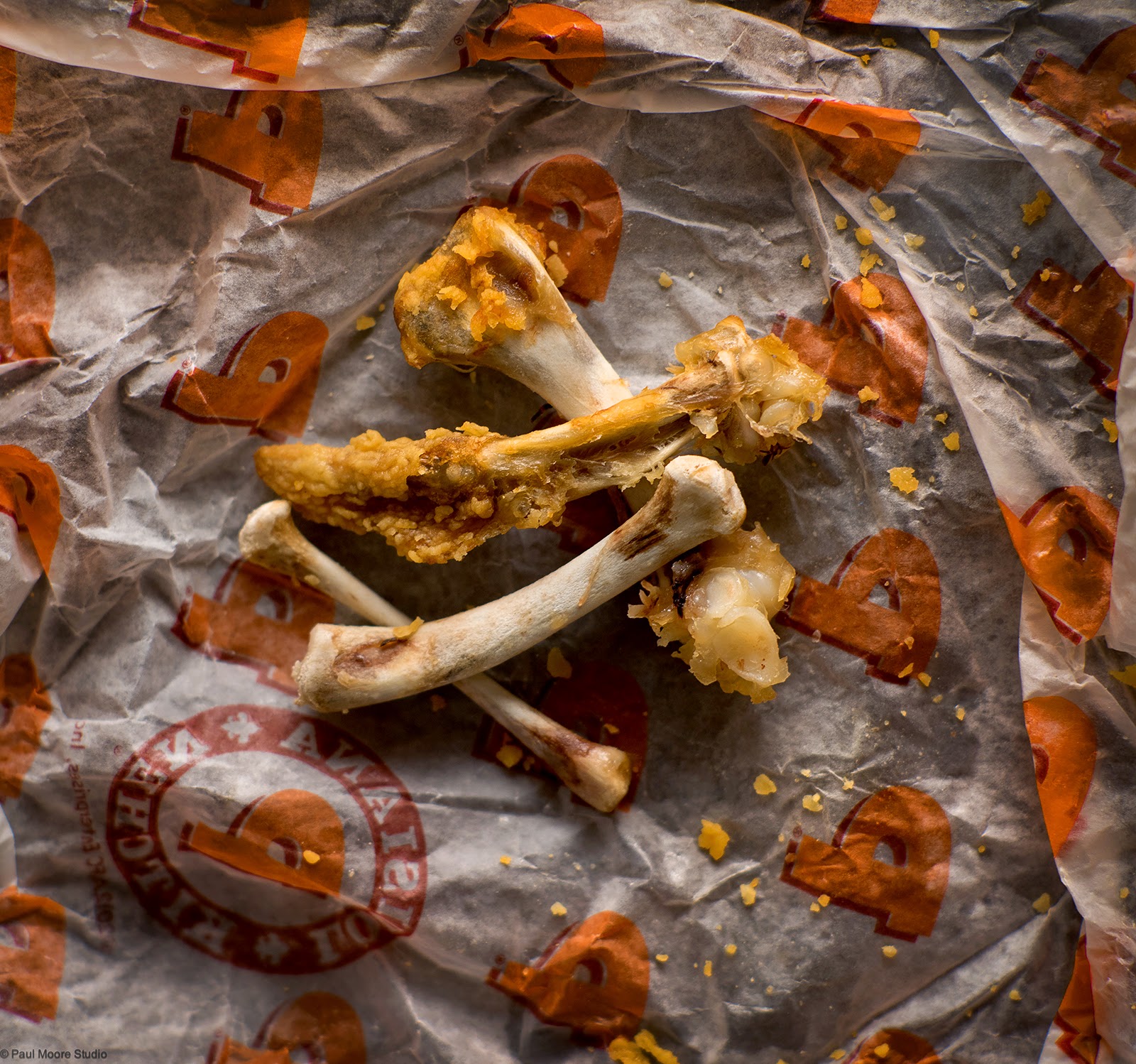 In this day and age, fast food and whole slow foods exist on opposite ends of the spectrum, as a habit I go out of my way not to partake in fast food.  There is good slow food readily available so supporting the fast food industry is not high on my to do list.  However, I also take pleasure in being a contrarian, even to my own self imposed dogma, life is the balance of opposite values, one day I may be having only juiced organic greens and the next…Popeye's Louisiana Chicken!

It has been years since ordering from a fast food chicken operation, in fact I think the last time was at the Mill Valley KFC back in 2005…10 years!  Well a brand new Popeye's opened in the neighborhood so last week while my tire was being replaced a few doors down, (seems that tire shops and fast-food joints always sit adjacent to each other) I walked over to try a sample, I have heard of Popeye's but never have tried it.  I ordered the spicy version and was instantly impressed and came back that weekend for a take home family order.  12 pieces of spicy chicken, a pint of mashed potatoes with Cajun gravy and 4 very basic looking biscuits ( those deserve their own post ), all for 21 bucks.  Of course there was chicken left over which included both wings, I never could be bothered with wings, too much work for those few little bits of meat but this was all going to change.  A day or 2 later I was in need of a snack and reheated one of the wings and went for it almost as voraciously as my black lab would have and enjoyed it far more.  Systematically eating every bit of chicken meat on those tiny bones, I did not even know that a wing is made of 4 separate bones, I also learned:

1. Popeye's makes a great tasting spicy fried chicken.  2. Don't neglect the wings.  3. Eating off the bone in a thorough manner puts you in touch with primal instincts and is very satisfying.  4. Be open all food groups and price points, value is part of my good food equation, embrace the Ying and Yang.
Posted by Mahascout / Paul Moore at 5:56 AM 2 comments:

Mahascout / Paul Moore
Rye , NY, United States
Nammet/Nammit - food, olde english, still in use on the Isle of Wight. maha - sanskrit prefix denoting great. scout - reconnoiter, enlivened senses. I did my first food still life while in high school and some of my first professional photography were food shots. Shooting food is still more natural than cooking but the 2 are balancing each other -instead of being just the observer I have gained much from watching / learning from chef-trained stylists - I do all the cooking in my household so I have a new perspective on food that I never had when just photography it or consuming it.. paulmoorestudio.com